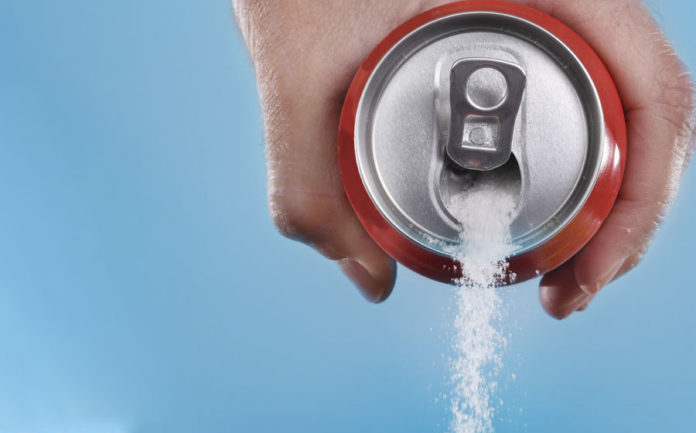 The American Heart Association and Delta Dental Foundation have launched an educational campaign to teach Michiganders the health risks associated with consuming sugary drinks. The campaign’s goal is to encourage everyone to make healthier choices when it comes to what beverages are stocked in their refrigerator. Studies have found that places where educational campaigns take place, parents will often choose healthier options for their family instead of sugary drinks. The American Heart Association found that too many sugary drinks have a number of repercussions on a person’s health including an increased risk of hypertension, heart disease, Type 2 diabetes, and tooth decay. Additionally, a Voices for Healthy Kids study found that increasing sugary drink consumption by one serving per day increases the risk of hypertension by 8 percent and the risk of heart disease by 17 percent.

Sugary drinks not only increase a person’s chance of health complications, but also increase their risk of dying. Each year, 40,000 cardiovascular deaths are attributed to sugary drinks overconsumption.

The American Heart Association recommends that the average man should have no more than 9 teaspoons of added sugar a day while women and children should consume no more than 6 teaspoons. Unfortunately, Americans are consuming an average of 10 teaspoons every day.

It is easy to underestimate how much sugar is in the most popular drinks. A 20-ounce bottle of pop has the same amount of sugar as six donuts. It is hard to imagine eating six donuts in one sitting but finishing 20 ounces of pop feels like the norm to many people.

People should be cautious with drinks that are marketed as healthy but are full of artificial sugars and calories. Energy and sports drinks are notorious for deceiving people into believing they are a healthy beverage choice. Additionally, a serving is not always an entire bottle. Everyone should read the label to make sure they are not about to double, or even triple, their sugar consumption.

“It is time to dump the sugar and choose water for the sake of our health. Americans are consuming 34 pounds of added sugar each year from sugary drinks. Pop, fruit drinks, sports and energy drinks are the biggest culprits.”

There are plenty of healthier drink choices a person can make. Water and low-fat white milk are the healthiest replacements for sugary drinks. Additionally, infused water is an excellent

way to add flavor without too much sugar. Popular combinations include:

For people that routinely reach for sodas and sweetened teas, quitting cold turkey may be a significant challenge for them. Cutting back on sugary drinks gradually can help increase their water intake without being too overwhelming.

Getting kids to make healthier choices and avoiding juice and chocolate milk can be a challenge at first. A recent survey of parents in Michigan found that children drink double the amount of sports drinks, chocolate milk and fruit juice as their parents. The survey also found that 5 percent of children are not drinking water at all during the day.

Children who consumer high amounts of sugary drinks have a 55 percent greater chance of being overweight or obese compared to those who consume less sugary drinks. Over consumption

of sugary drinks in kids can also increase their risk of developing high cholesterol and high blood pressure at a young age.

Kids over the age of two should have no more than one 8-ounce sugary drink a week. Nearly two-thirds are consuming at least one soda or other sugary drink every single day.

The first step to get kids to make healthier choices is for the parents to start making healthier choices for themselves as well. If a child sees their parents drinking pop or sweet tea all day, they will likely want to do the same. Next, parents should also have the healthier choices readily available to their kids. The goal is make sure that no matter where they go, the healthy choice is an easy choice. Kicking the sugary drink habit will help everyone maintain a healthy weight and decrease their odds of developing chronic illness.

ARE CERTAIN POPULATIONS MORE AT RISK?

People of color are more likely to be affected by preventable chronic disease. Black and Hispanic populations have higher rates of type 2 diabetes, heart disease and other chronic diseases brought on, in part, by consuming sugary drinks.

The beverage industry spends millions each year targeted to communities of color. African-American children and teens see more than twice as many television ads for sugary drinks than their white peers.

Are Plant-Based Meats On Your Menu This Year?

Changing the Way We Work, Live & Play: Using Technology to Live our Best...