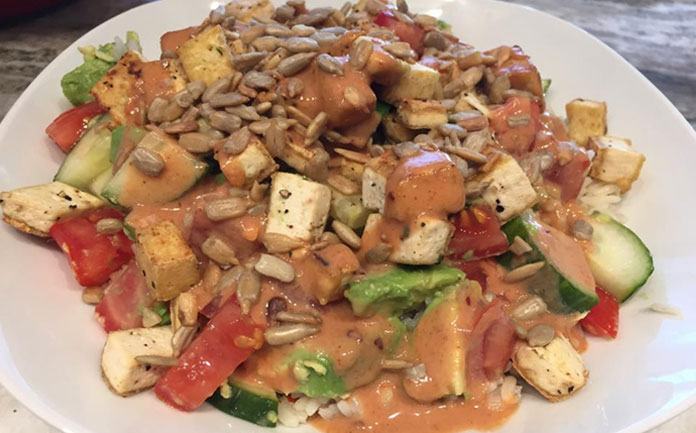 The plan was to write about dietary cholesterol; however, in light of current events, I thought it would be better to give a broader perspective. In the first article of this series, veganism, plant-based nutrition and conscious consumerism were explained. In brief, veganism is a philosophy which disallows the use of animal products in any form. Plant-based nutrition uses scientific evidence to advocate for the use of plant-derived foods to facilitate the promotion of well-being and to prevent chronic diseases. A vegan is more concerned with the environment, ethics and morality, while a plant-based nutritionist is more concerned with individual health. A conscious consumer, on the other hand, uses a combination of both. I am a conscious consumer; however, this article will be written more from a vegan perspective as I believe that is what is needed at this time.

There are very few if any things with which humans have a more intimate connection with than food. The past two articles in this series dealt with how our food choices influence our internal environment (physiology) or health. Even though the relationship between our internal environment and food has long been established, the link between animal-based foods with disease and plant-based foods with health is only recently gaining momentum. What is probably even less widely known is the association between our food and consumer choices with our external environment.

“All reform to be lasting and serious must come from within.” Anuradha Kumar, “The Mahatma and the Monkeys”

The energy of animal consumption is one of the most difficult of any topics to address. Therefore, please do not view this article as an attempt to make people feel bad about what they’re currently doing, rather a call for those who can to put an honest effort into trying to do better.

The idea that our food choices are somehow linked to other forms of suffering in the world is not something that most people are ready to or, in some cases, able to accept. What could our dietary habits possibly have to do with social justice, racism, sexism, and any other -ism one can think of that describes humans behaving inhumanely toward other humans? I will attempt at making this answer as simple and understanding as I can by posing another question that’s more relatable. What does a man being murdered by police in Minneapolis have to do with Los Angeles, Chicago, Detroit or NYC? The answer, to most that care, is simple—the senseless act of aggression and murder in Minneapolis is indicative of a much wider set of injustices. The same is true for our consumption choices.

When we, as a society or individuals within a society, are content with the confinement, torture and slaughter of animals to satisfy our palate, this is also indicative of a wider set of abuses. On an energetic level, the implication is that we are untroubled by the maintenance of facades that hinder us from facing the reality of our actions as long as our taste buds are properly stimulated and our stomachs are sufficiently full. In that same way, our society maintains a facade of justice in an environment tattered with greed, corruption and exploitation. Those who profit off of this would rather turn a blind eye to the reality of those less fortunate ones who may fall victim. Those who have fallen victim would like the veil to be lifted, people to face reality, and justice to really be served.

When National Football League player Colin Kaepernick kneeled during the national anthem, he upset many. Whether it ever be fully admitted or not, Kaepernick’s peaceful protest made people uncomfortable because he was dismantling an illusion that revealed a less than entertaining truth about the reality of the American experience for some of the most vulnerable in our society.  Vegans make people uncomfortable like that every single day and are lifting facade after facade, just by existing. Their very existence as vegans is a peaceful protest to the manner in which things are currently being done, and it couldn’t be more obvious to the outside observer than at meal time. Almost every vegan in the Western world is familiar with this ‘energetic kneeling,’ as well as the loneliness and discomfort associated with it.

We could all be standing right next to each other in an unlit room but we’d never know it unless someone lit up the space. When tasked with lighting that room, the wise will choose to place the light as high as he/she possibly can so that all of the cracks and crevices in the room be illuminated. In fact, when that space is illuminated, I believe we will find that we are all in the same room, hand in hand, brothers and sisters of humanity. We are tasked with not only caring for ourselves, but doing our part to care for that which is in our common home. I am not suggesting that adopting a plant-based diet or becoming a vegan will end all of the ills of the world; however, I am suggesting that it is a good start and one that we all have control over. The more carefully we align our energy with justice, the more justice will manifest in our daily lives.

Add the above ingredients together and mix in a bowl. The salt, pepper, red pepper flakes and juice from a lemon can be added at the end because they are all added to your specific taste.

The sauce is made to be versatile, and can pretty much be added to any other healthy meals. In the picture, we used grilled tofu squares (firm), converted rice, chopped tomatoes, avocado and sesame seeds.

The Dangers Around Us What Is One Of The Most Important But Little Known...