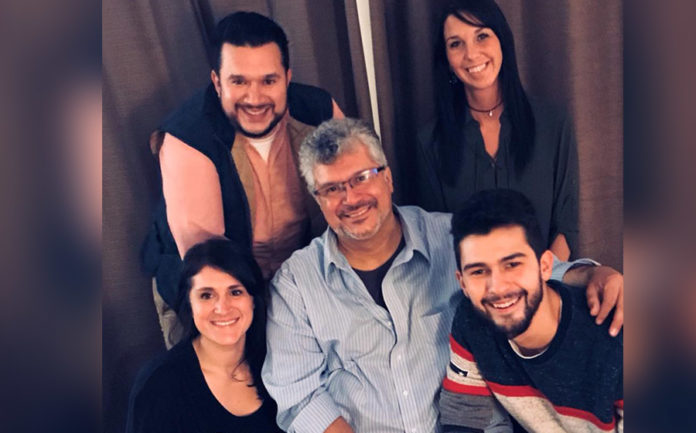 These days, we all are conditioned to turn the pages of magazines, or watch the evening news, and read “profiles” of people. Individuals, after all, comprise the larger engines of government, industry and interest groups. We are also conditioned to prepare for announcements of achievements or awards and such notices…or something awful, shameful or regrettable. Such is “news,” in our modern time.

How often do we read a profile of a “normal” person—not bland-normal, but a worthy neighbor who has made his neighborhood a better place, who has been exemplary as a worker, activist and family man? Not necessarily a celebrity, but someone who made the world, to the best of his ability and hard work, a better place? Someone you would like to know, but anyway grateful that people like him live among us? 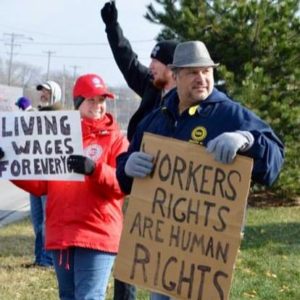 We are happy to spotlight such a person, not only a good neighbor, but a great person in our midst. Art Reyes of Grand Blanc is virtually the poster child of such a solid citizen and Kyyba: Health & Life magazine would like to salute him and share his admirable and inspiring story with you.

His own story is interesting, and he certainly has not gone unnoticed in the worlds of his union, community, and academia. We will mention those recognitions. But he tells his story, always, through the lives and accomplishments of his family. Modest but prideful. The Reyes family, of Mexican heritage, moved from Central Texas to Flint after World War II. “Working at General Motors,” as so many people did in the post-war boom, Art says, “provided us a good life, a very good living.”

Art attended GMI, now Kettering University, and has worked at GM since his 17th birthday; he is now an electrician at GM Flint Assembly, the “truck plant.” He has always been active in UAW Local 651, is active in his new local UAW Local 598, and is a U.S. Army Signal Corps veteran.

Back to his children; every conversation detours to his pride, and their accomplishments. Art has four kids, and says that he had certain watch-words: “They were raised to lead. And always encouraged to experience all you can! The world is more than what we know here!”

Consequently, when rearing his children, Art devised regular and clever trips—rather, he invited the kids to suggest trips, with certain rules and possibilities, all adding up to fun and education at the same time. “I would let them choose a destination, giving them a map, so they could plan from a periphery of approximately 12 hours from home. BUT the location had to have museums or historical sites. The kids would discuss and agree on a destination.”

His children, two boys and two girls, were thus able to bond, travel, explore, learn and have fun. The 12-hour metric occasionally was stretched, but through the years, the family visited the Mall of America, even Atlanta and New York City. “Toronto,” Art tries to remember all the family trips; “… Ohio, Washington D.C., places like the monuments and National Mall, and actually many trips to New York.”

Art remembers, “I was never afraid to let them try things. And, importantly, I never wanted to pry. They learned to discuss and come to agreements… about everything.” Art still follows that rule, never interfering if there might be disagreements. “I will not get involved in their relationships.” That seems to be Art’s rule in life, generally, although he admits that all four will often call him for advice and counsel. It likely is the case in his larger sphere too—advice sought from friends, co-workers and community activists.

In a sense, Art has more kids than four, because he has coached baseball and football for years. “When they’re on the field, they are mine. I teach them basics, sportsmanship, respect.” Art also experiences moments of pride when he sees new workers at the plant who are kids he used to coach. “They now are adults with their own kids.” Not surprisingly, his invariable nickname among those new fellow-workers is “Coach.” 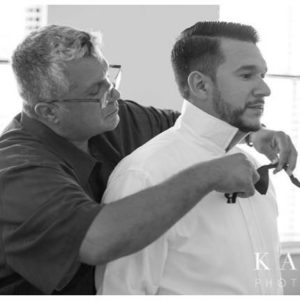 If you are noticing a pattern, one of Art’s mottoes in life is, “We all do better when we give back.” He continues to do charity work as he has through the years, for instance at soup kitchens, and he was recognized for such work in 2016 with the highest honor a UAW Activist can receive, the Walter Reuther Award, given for more than 20 years of service.

Art is an elected Trustee for Mott Community College, where he was named a Distinguished Alumni in 2007. He has served on several area nonprofit boards and was elected to three terms as president of UAW Local 651, representing workers at the former AC Spark Plug Plant, and as president of the UAW Greater Flint Area CAP Council (the legislative arm of the UAW).

Heart is where the home is, to turn an old phrase around, and Art is eager to talk about his children. His elder daughter Emilie had an accident in 2014 and lost an eye, sustaining other injuries. “She closed down a bit after that,” her father recalls, “but then broke out. She showed motivation… and wanted

to be an example to her son.” You might indeed say that she broke out. She has climbed Mount Kilimanjaro and traveled to Peru to visit Machu Picchu…each a bit more ambitious than those old 12-hour day trips!

Emilie, who lived with Art immediately following her accident, now manages an eldercare facility and on the side bakes the latest rage in cake shops, what she calls “Mem’s Munchies”— cake pops, which are cake lollipops.

Art Reyes III, 32, is married to Dr. Ashley Hankinson, DDS. He earned a bachelor’s degree in political science from UM Ann Arbor, and a master’s in public policy from Harvard’s Kennedy School of Government. He runs an organization called “We the People,” devoted to assisting underrepresented communities organize for political power and helping individuals develop leadership skills. He has trained organizers and helped with issues in Rio de Janeiro, Johannesburg, Ecuador, and along the coast of Baja, California in Mexico.

Amanda is a restaurant trainer for Applebee’s and has a 2-year-old son who shares Grandpa Art’s birthday, Sept 4. Even birthdays reinforce the Reyes motto of Family, Faith, and Persistence, it seems!

Son Ray currently is a student at Mott Community College, with the intention of transferring to Grand Valley State University to pursue a degree in physical therapy. He is a Dean’s List student who has been invited to join Phi Beta Kappa.

Art is only 51 years old, but has packed enough activities and accomplishments into his life that many old-timers would be proud to recount. Yet he and his family view hard work, solid standards of conduct, and a heart for the community as… well, what life is all about.

It is a sign of hope and a cause for optimism to know that Art, and others like him, are local heroes. Let his story inspire us all to be the model and modest citizen that Art Reyes is.

Disability Does Not Mean Inability