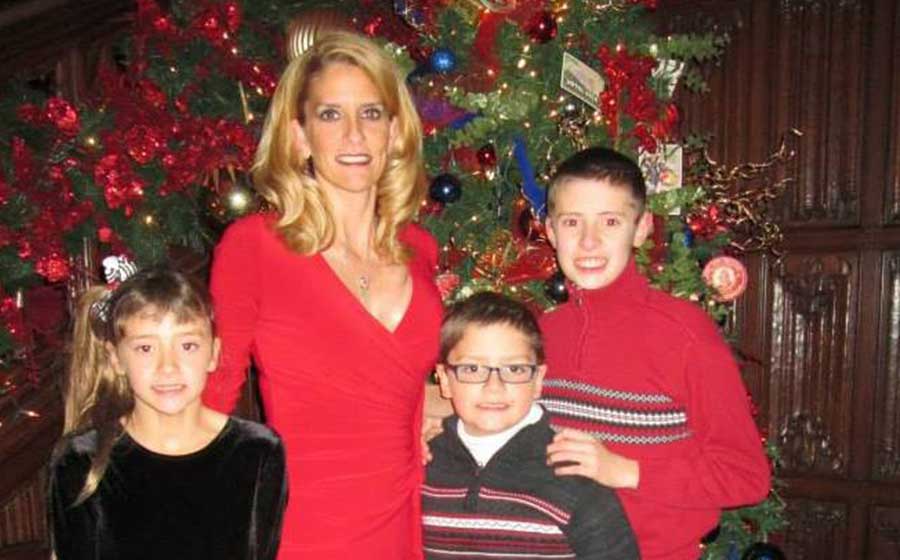 Susan Douglas was diagnosed with breast cancer in 2013. After receiving this devastating and life-changing news, she was then told she needed a mastectomy and was sent straight to a referred plastic surgeon to discuss a plan of action and recovery. Overwhelmed with a cancer diagnosis, the last thing on her mind was the fact she had options for breast reconstruction surgery. In hindsight, Susan realizes there was only a linear approach to reconstructive surgery and that included mastectomy and then insertion of breast implants—nothing else.

Susan assumed that the FDA-approved implants her surgeons advocated for were safe for all patients. Today, Susan bravely tells her story of struggle and triumph throughout a devastating medical journey after she developed what is called Breast Implant Illness (BII). It is Susan’s hope that telling her story will help others understand that women have options for different types of reconstructive surgery. This knowledge could ultimately save a life.

In 2013, Susan naively believed that the only given option of receiving breast implants would make her whole again. Susan is very passionate when reliving her experience and treatment plan explaining, “In all fairness, I truly believe it was a time that most were unaware that implants came with their own risk, because the mainstream news, manufacturers, surgeons and the FDA were telling you these implants were safe. They are not safe.”

In addition to the terrible symptoms Susan was developing, she also was experiencing heart issues. In 2016, she had three cardiac surgeries to which the surgeons could neither explain nor correct what was going on with her heart. Now in her late 40s, she reached out to several physicians and specialists who continuously told her that the heart issues and other symptoms were just signs of peri-menopause. She felt deflated as each doctor and specialist attempted to convince her that she was just at that time of life, and she was going to have to accept it and learn to cope with it. Susan, however, was not convinced.

Susan says that it’s by God’s divine grace that she came upon a BII social media and support group page while scrolling the Internet. To Susan’s surprise, she discovered hundreds of thousands of women around the country suffering from the same systemic issues. Her research led her to the conclusion that the only cure for the illness was to have the implants removed.

Susan’s original plastic surgeon referred her to Royal Oak Beaumont Micro-Neurosurgeon Dr. Kongkrit Chaiyaste, Dr. C, as he is affectionately called by his patients, after Susan inquired of anyone in the area that specialized in a DIEP (Deep Inferior Epigastric Perforator) Flap procedure. This is a technique where skin and tissue (no muscle) is taken from the abdomen and used to recreate the breasts. This would of course occur after removal of the troublesome breast implants.

After a consultation and an obvious connection with Dr. C, it was agreed that she was a great candidate for the life-changing surgery. “Dr. C has this incredible ability to listen and he agreed that I was suffering from Implant Illness, and both f us knew that five years of this journey was too long,” Susan said.

Dr. C put Susan at ease, explaining that the procedure itself was not considered high risk; however, it was extremely time-consuming and surgeons must have the stamina and special training to pull tissue from the stomach and transfer it to the breast. There were many things that could go wrong but, lucky for Susan and countless other patients, Dr. C was very experienced in the DIEP Flap surgery, having successfully performed it since 2011.

Today, Susan’s eyes light up when she says that literally within 48 to 72 hours after the implant removal, she began to get her life back. “My husband said, ‘I see the whites of your eyes.’ He had forgotten how white my eyes were because they had turned yellow. I couldn’t wear my contacts and I had developed dry eye,” said Susan.

She immediately regained peace after what she describes as losing over five years of her life. At one point, she was taking nine medications per day and now her joint pain is completely gone.

Susan’s story enforces the importance of being your own advocate when it comes to personal health and wellness. We have the power to change the trajectory of our future and there are physicians, specialists and healers such as Dr. C that listen and care. Susan wants to affirm that there is light at the end of the tunnel.

For more information on Dr. C and the DIEP Flap Procedure, visit www.chaiyasate-plasticsurgery.com/dr-chaiyasate or find him on his personal Facebook page.

It Really Does Take a Village!

Physical Therapy Gets Wrestler Back In The Ring

The Healing Power of Music: Studies Show Music is Healthy for the Whole Body

Karma Salon & Spa Can Go from Heard to Tow