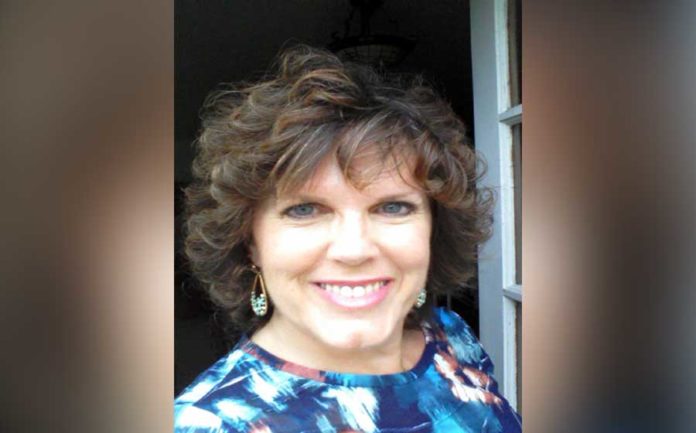 The “30” is an old newspaper shorthand for “the end,” used at the end of an article, a press release, or news copy. Nobody knows how it came into use, or why, but it persists. On the last page of this issue of Innovative Health Magazine, I will use it, albeit with much grief, to be a shorthand to address the end of the life of our beloved writer and columnist Stephane Irwin.

Steph loved writing and continually wanted to expand her writing opportunities and activities, so an inside-term from the writers’ bag of tricks seems appropriate.

She also loved this magazine, and she loved Michigan. Very much. As she grew weaker in her last health battles, she withdrew to write this column, combining “Throwback” (nostalgia) with “Back Page,” frequently the honored placement in a magazine. It became the forum for the best work she ever wrote… and a favorite with readers.

Stephane Irwin succumbed to the cancer that plagued her for more than two years. Generous, loyal, fun – she didn’t deserve this. No one does, but Steph was full of life and excited about everything around her.

I want to reprint what I think is the best of many pieces she wrote – almost poetic to me. A love letter to family, to Flint, to Michigan, to us. To life.

THE WHIRLIGIGS OF FOND MEMORIES
/// BY STEPHANE IRWIN


This year is the 100th anniversary of the Civic Park neighborhood in Flint, Michigan. Every person from every town or city has memories of bygone neighborhoods, but there is something special about this part of Flint.

One of many firsts in Flint’s history, Civic Park is one of the earliest known subdivisions in the country. In 1982, it was designated as a Michigan Historical District and the following is taken from that commemoration:

“In 1916, as a flood of new workers for Flint’s automobile factories caused housing shortages, the Civic Building Association was formed. It had built 133 houses on 400 acres of farmland by December 1917, when a slump in the automobile industry slowed construction. After the 1918 Armistice, General Motors agreed to complete the project. The Dupont Corporation added 280 acres and constructed 950 homes in less than nine months. At the peak of construction, Dupont employed forty six hundred people. House prices ranged from $3,500 to $8,000. A typical home had 5-6 rooms, slate roof, open porch, and basement. Curved streets, park areas and tree-lined boulevards added to the attractiveness of the community.”

My dad was seven in 1943 when his family moved to Flint from Ithaca. With a degree in business, my grandfather had been hired at the Buick offices and Civic Park was conveniently located. An elementary school and market were within walking distance as Haskell Community Center with a gym, an indoor pool, and baseball fields was a short bike ride away. The two-bedroom, one-bathroom house at 2626 Lawndale was a fine place to raise three boys. My grandfather and neighbors often carpooled the short drive to work, probably so their wives could take turns having the car for the day.

One of my dad’s favorite memories of Civic Park School involved an airplane. The teachers brought the kids outside in time for a military plane to fly over and drop hundreds of fliers. Unanticipated was the gust of wind that caught the fliers on their descent. Children ran in every direction in pursuit, across streets and through the neighborhood. My dad, having a great passion for airplanes, would have done almost anything to get something that had been dropped from a plane. He ran for several blocks and finally found one, then proudly walked back to school with his “Buy War Bonds” advertisement.

As they grew, my dad and his brothers had paper routes, played football in Civic Park’s annual “Toilet Bowl” in the school yard, and teased the neighbor girls. As there were no school buses for junior high and high school, kids rode the city buses along with everyone else. My dad sometimes carpooled with my grandfather and the neighbors since Flint Technical High School was on the way to Buick. With his paper-route money, Dad bought a motor scooter and later his first car, a Chevy convertible.

By the time my cousins, brother, and I were born, my grandma was working for the City of Flint in the court system. My grandfather was gone by then, but we felt he was watching over us as his portrait hung on the wall heading upstairs on Lawndale. We kids loved to play hide-and-seek outside at Grandma Goldie’s. I remember a Boston Terrier in the backyard of the house behind hers that would step into the flowerbeds to watch us. The big maples that lined the street provided whirligigs to spin, and piles of leaves, in which to play.

Ironically, my grandma moved from Civic Park around the time it was designated as a historical district in the early 1980s but the memories remained within us. One night not long ago, I had a dream about the house. Unlike the houses around it, 2626 almost gleamed with new white vinyl siding and bright blue shutters. I had purchased a lot in Flushing and was having the house moved there. It was one of those dreams that felt so real. I was so excited about this big project and overseeing all the details.

But I woke up to the reality that years ago my dad’s boyhood home had been demolished, along with the house on either side of it, I imagine from a fire that took them all one night. A house across the street has a caved-in roof and others are boarded up. A few are still inhabited, but Civic Park School, Haskell Center, and the market are all closed.

The big maples still line the streets in Civic Park, but in the fall their whirligigs and leaves lie undisturbed by little hands. Happy centennial birthday, Civic Park. You earned your place in history and in our hearts.

‘‘ You earned your place in history and in our hearts.‘‘

Navigate The Benefets Maze While Re-Integrating Into The Workforce