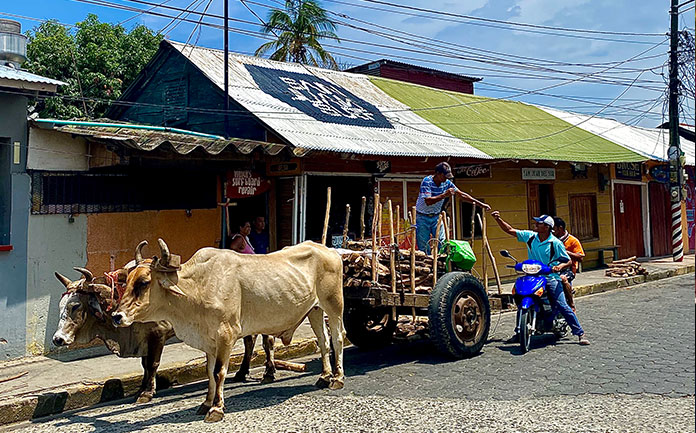 We’re sitting in a restaurant nestled in the center of a small beach town. Our table is under a large mango tree on a patio surrounded with tropical plants and hanging lights. Dogs lay here and there, waiting patiently for their owners. A waitress brings ashtrays and cold bottles of beer to a large group. We watch as a street dog enters the dining area briefly, sniffing for any food that may have fallen to the ground. Another waitress, the only person at the restaurant wearing a mask, is taking another table’s orders, everyone communicating in a jumbled mix of English and Spanish.

On the way home, we walk by two small convenience stores. One is a brightly-lit, air-conditioned store with the usual armed guard standing outside. Lately he’s been wearing a mask and ensures all who enter are also wearing a mask. The other store is open to the outdoors. The owner, who is always there, sits behind a plexiglass barrier at the register. While they regularly sanitize, masks are optional. 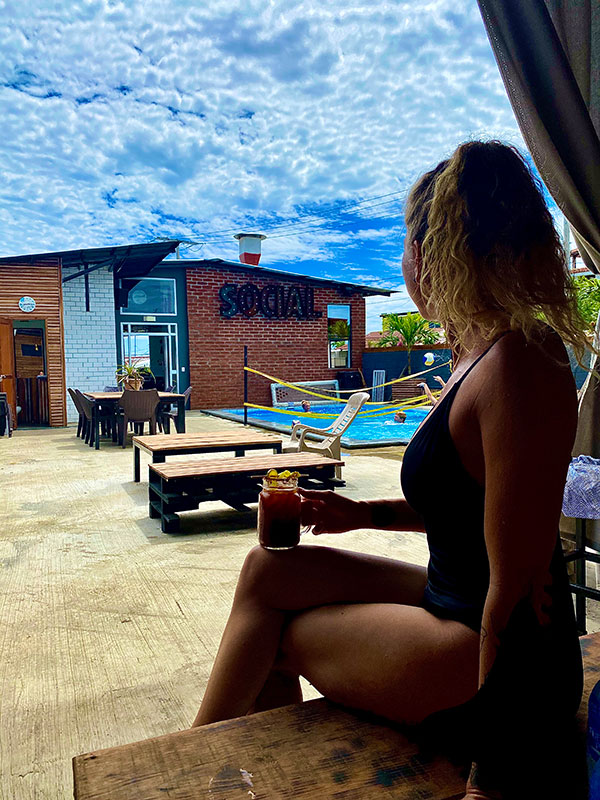 We’re in Nicaragua, and we chose to be here with most of our children during the COVID-19 pandemic. It’s important to note that the government here has not mandated any public health restrictions. Throughout our stay here since mid-March, we’ve met people from Canada, Australia, Switzerland, France and all over the United States. It’s been interesting to listen to all the stories and varying perspectives.

Some are more than happy to be here, some are itching to get home. Some are unconcerned, even apathetic, about the virus, while others are nervous. Some feel Nicaragua is one of the best places to be during these times, while others are worried about the possible consequences of living where the government has such a hands-off approach.

One thing we all have in common is the unsettling feeling of not knowing—not knowing how “bad” it might get, not knowing when travel bans will be lifted, and not knowing which news to believe that day. Uncertainty is something everyone across the globe is feeling, but there must be something comforting about being home in the midst of it, as illustrated by our friends and family worriedly urging us to “stay safe!” as though they aren’t living in one of hardest hit states in the country.

Being in a third world country watching everything going on at home has offered a unique vantage point. Many of our friends have seen our photos and expressed their desire to be here during this time. That is understandable, as Nicaragua is not only breathtakingly beautiful, but full of people who are noticeably more happy and generous than most of the world’s population.

What’s interesting to note is this highly admired kindness and air of flexibility is a result of people who are used to being responsible for themselves. A local business owner, explaining why she and others are happy to be here, put it this way, “Everyone takes care of themselves, it’s as simple as that.” She continued on to say the people don’t expect to be babysat, but simply put protocols in place themselves.

As a local taxi driver put it, “Precaution, but relax. Just relax.” 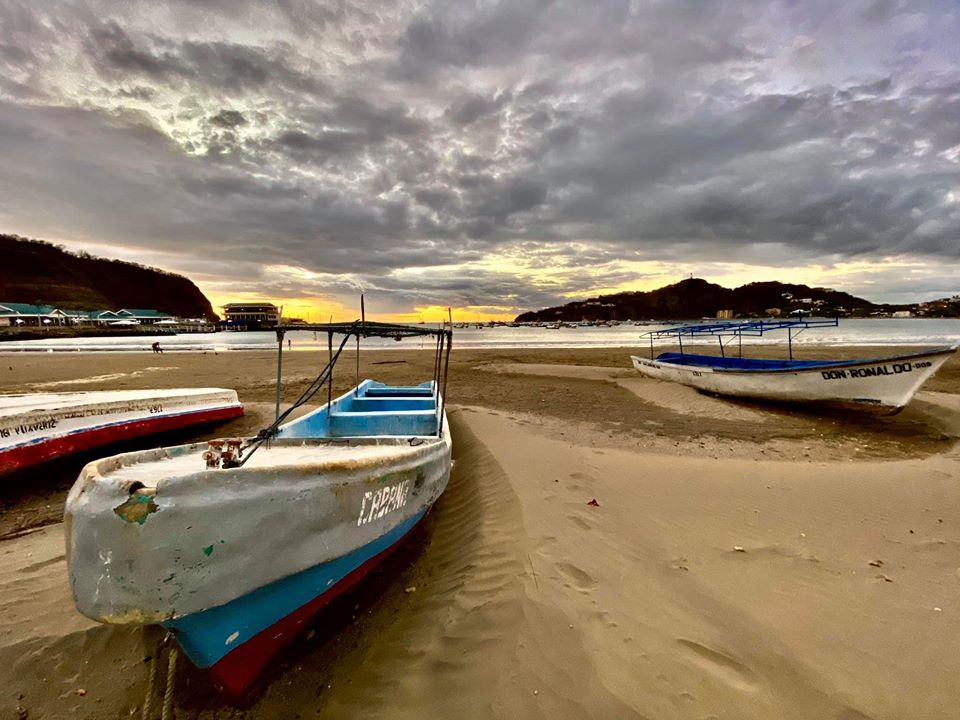 It’s clear that those who are comfortable with the belief that protective measures and health protocols need to come from the top down in an organized and regulatory fashion government would not be comfortable here, especially during a pandemic. And, granted, a government that expects the people to utilize their own safeguards and take the necessary actions to protect themselves has its own set of problems. But whether one agrees with the government’s overall approach here or not, I can’t help but keep circling back around to a seemingly contradictory result.

Less jurisdiction and involvement in daily life bears a community of people that look out for themselves, yes, but also for one another in a manner most of us have never encountered. This emphasis on self-reliance actually creates an environment where individuals happily give, exchange and benefit freely…a climate of reciprocity, if you will.

Just one illustration of this was an evening when my husband was in town picking up pizza to bring home. After he ordered, he realized he was short on cash. The person at the counter told him it wasn’t a problem. “Just bring the money when you get it!” If that isn’t unusual enough, another local walking by overheard the problem and offered to give him a ride home on his motorcycle, then turn around and take the money to the pizzeria for him. And he did.

Truckers Against Trafficking: The Eyes and Ears of America’s Highways

Tea and Your Heart

Teaming Up for Mindfulness