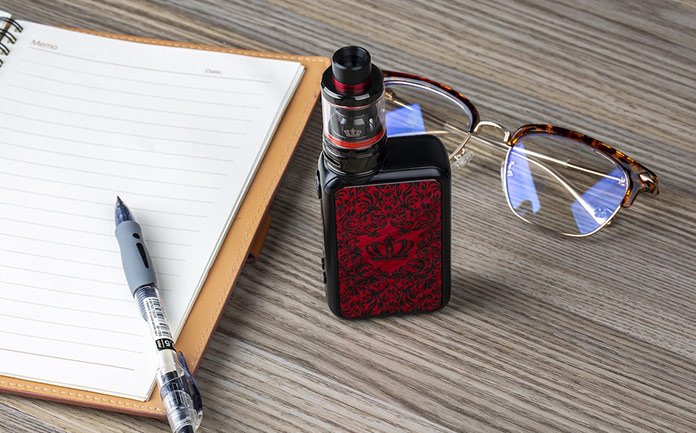 It’s the call you never want to get in the middle of the night. “Your son is in the hospital in serious condition. Get here fast!” That’s the call our friends received a couple of months ago. It was a long 10-hour drive, in a snowstorm, praying they would get there in time.

Their college son was hospitalized, fighting for his life after vaping. No one thinks this will happen to their kids, not even our friends. They had “picked their battles,” and decided to be concerned about other issues rather than their son’s vaping. This issue seemed the lesser of a few other evils.

Statistics and testimonies of victims are warning us, but we aren’t listening. Vaping seems innocent. It’s a vapor, just like water, so we are told. We assume vaping isn’t smoking, but a safer alternative, until we get the news that someone we love is close to death because of it. And lurking around the corner is the multimillion-dollar industry seducing many of our kids into believing this lie.

But numbers don’t lie. In January 2020, The Centers for Disease Control and Prevention and state agencies reported 2,602 lung injury cases that required hospitalization and 59 deaths linked to vaping. Even more distressing, teens who have never smoked are now using e-cigarettes, and are more likely to start smoking as they grow older, thus increasing tobacco users.

My career as a registered nurse convinced me tobacco products are deadly. Every organ in our body is compromised. It was painstakingly evident in all the three areas of surgery where I worked: preoperative, intraoperative and postoperative. A smoker has difficulty before, during, and after surgical procedures. Not a popular opinion, but I saw it with my own eyes. Sadly, most smokers die 10 years earlier than non-smokers.

Presently, almost 500,000 people die annually from smoking and over 40,000 from second-hand smoke. While the numbers of vaping deaths are relatively small, the numbers will increase substantially with more smokers in the coming years.

Vaping goes by several names: e-cigs, e-hookahs, cigalikes, mods, vape pens, vapes, tank systems, and electronic nicotine delivery systems (ENDS). When these chemicals and toxins invade the smoker’s lungs, it begins a lifestyle of nicotine addiction—not reducing the desire to smoke as many falsely believe. Because nicotine is addictive and is the primary ingredient in vaping, it has deadly side effects to both the lungs and heart. The release of adrenalin into the body from the nicotine causes an increase in heart rate and blood pressure, putting one at a higher risk of a heart attack.

In 2019, The Center for Disease Control (CDC) reported over five million U.S. middle and high school students had used e-cigarettes, an increase of 40 percent in the past five years. In previous years, the users were more likely to be adults who were using the e-cigarette as an attempt to quit smoking. However, continued use of vaping by adult smokers converted them to dual users, both smoking and vaping.

When a person begins to inhale, a sensor triggers the battery in a vaping product to heat the liquid ingredients in the cartridge and convert it to a vapor. The cartridges contain many additives including nicotine, ultra-fine particles from toxic oils, carcinogens, and even tiny particles of metals, such as tin, nickel, cadmium, lead and mercuryontain. 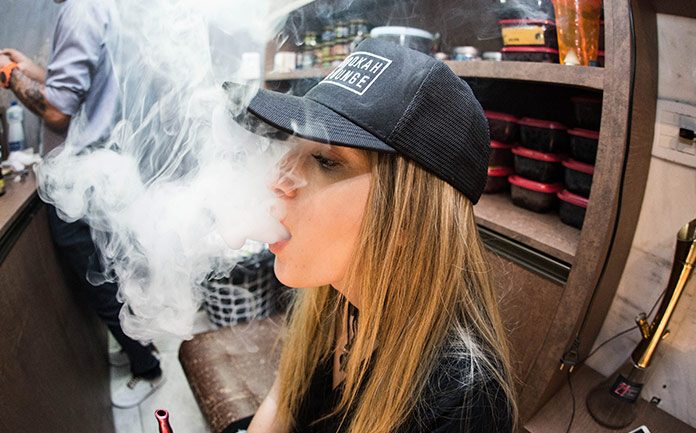 Many of these devices also contain marijuana. These vapors or aerosols enter the lungs and cause inflammation and blood vessel damage to the small little sacs at the end of the breathing cycle, called alveoli. With continued use, the tiny sacs begin to narrow and grow smaller in diameter as the irritation caused by vaping forms scar tissue. The oxygen can’t pass through these restricted areas, and as this condition worsens, the person begins to have problems with breathing. As with our friends, it can eventually lead to respiratory difficulties and even death.

Bronchiolitis obliterans is the condition that causes the lungs to fight for air to breath and has a nickname of “Popcorn Lung.” An additive called diacetyl is used to flavor microwave popcorn. The chemical caused the workers in the factories producing the popcorn to have bronchiolitis obliterans. Most companies stopped the use of the chemical, but it is still suspected to be the main chemical used in many e-cigarettes.

Knowing the risks associated with using e-cigarettes should be the No. 1 priority for anyone considering going this direction. Numerous reports from medical and scientific institutions are readily available and warn the public about the many harmful side effects.

One of the most significant risks associated with vaping in adolescents is the destruction of brain tissue due to the chemicals used in e-cigarettes. As the human brain doesn’t fully develop until the age of 25, it is of significant concern to all parents to fight this growing epidemic.

Because vaping is odorless and the equipment used can be mistaken for USB drives and cords, it may be challenging to know if your child is involved. If you suspect your child might be vaping, here are some common signs and symptoms to watch for:

Education of the dangers of vaping is the best way to keep your kids from starting to vape, but if they have already started, it will be hard to negate. It is critical to educate your child on the dangers of vaping, not just immediate, but also long-term. And one of the worst activities kids can do is buy off the street where the ingredients are more likely to be lethal.

As our friends found out, it’s hard to pick your battles, but it’s worth the fight knowing vaping could take your child’s life. Stay alert to the signs and symptoms of this destructive vice, or your child may be in for the fight of their life!

Fountain of Youth–Hartland: Tattoos Not So Permanent After All